On Tuesday, May 17, and Wednesday, May 18th, 2022, Special Agents with the Texas Department of Public Safety conducted an online solicitation of prostitution operation that led to the arrest of eight people.

The following people were arrested for the offense of solicitation of prostitution:

According to The Texas State Penal Code 43.021. SOLICITATION OF PROSTITUTION. (a) A person commits an offense if the person knowingly offers or agrees to pay a fee to another person for the purpose of engaging in sexual conduct with that person or another. This charge is a state jail felony. Someone found guilty of a state jail felony can be sentenced to up to two years in jail and pay fines up to $10,000.

Investigators with the Smith County TAG (Texas Anti-Gang Unit) assisted in the investigation and apprehensions. 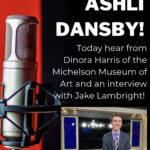 COLLEGE STATION, Texas — There has been a marked increase in grass and brush fires over the past week occurring along highways and within Bryan […]

COLLEGE STATION, Texas — Eligible communities in Texas can apply now for a federal grant administered by Texas A&M Forest Service to plan for and mitigate […]

Wiley College is pleased to announce that our Department of Student Health, Counseling, and Wellness has been awarded a $54,000 grant from the Hogg Foundation […]