It would be a lie to say Jenni Dale Lord isn’t one of my favorite women in Texas Country Music.  Not just Jenni Dale Lord’s music (which I genuinely can’t get enough of,) but Jenni Dale Lord, the human.  Good God, that woman gives good hugs.  Recently she joined another favorite of mine, Billie Jo, for a multi-day run of acoustic shows across East Texas.  I had to chance to see one of the shows at Lindale’s Texas Music City Live Grill & Smokehouse.

Billie Jo wowed the crowd with several early hits and a few unreleased songs, including one based on her husband, that totally resonated with the crowd(without giving the whole tune away, I too love my husband even when I really don’t like him).  She headed to Nashville practically as soon as the week of shows finished to sing for Nashville heavyweights.  Billie Jo is one of the hardest working women in Texas Country and her future is bright.

It’s a treat for Lubbock-based singer-songwriter Jenni Dale Lord to perform in East Texas.  With six albums under her belt and a seventh album release next month, she’s a crowd-pleaser.  She definitely made my night when she sang my favorite song of hers, “Next to You.”  I can relate to the song for reasons I won’t elaborate-she knows the reasons (our secret).

The show was a blast.  Seeing either of these women perform is fantastic; seeing them perform together was incredible.

Jenni Dale Lord is poised to release her seventh album, In The Dance, on June 11, 2022, with an album release party at Prima Vista Events Center in Lubbock.  Billie Jo is a scheduled special guest at the party and lended backing vocals to the album.  A few tickets are still available. 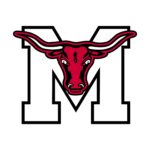 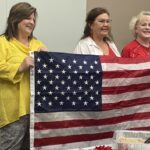 Next Article New citizen celebrated by her teachers, tutors and family

NASHVILLE, TN – June 16, 2022 – Midway through the best touring year of his career – making stops from Texas to Iowa and Tennessee to […]

Lufkin-based singer-songwriter Randy C. Moore has released another tremendous album by doing what he does best, writing songs about his life experiences, places he’s been […]

Col. Martha McSally will speak at Memorial City Hall on Thursday, August, 4, 2022 at 7:00 pm. Tickets are on sale at www.memorialcityhall.com. This event […]