Raised in Moldova, a small Eastern European country, Elena Sleazina was five-years-old when her parents enrolled her in music school. Music became such an essential part of her life that in 2013, she moved to the United States with her husband and two children to finish her degree in Vocal Performance at East Texas Baptist University.

“While at college, I was a part of three musical productions, and through rehearsals and performances, I was able to build new friendships and dive into another world full of dress-ups and pretending. I loved it, but I did not plan for the theater to be a big part of my life at that time,” said Sleazina.

At ETBU, Sleazina also discovered a love of teaching music to children. After graduation, she turned that passion into a business, teaching private music lessons.

Her husband teaches drums, and together the couple has forty students with a waiting list.

“We didn’t expect such a big growth, but we both truly love teaching music, forming bands and putting on concerts with our students.”

Sleazina has dreamed of Marshall having an arts school for children. Her vision includes an after-school program, classes for homeschool students, group music lessons, drama classes and arts classes, including painting and sculpting.

“We had many schools like that in our country, and the kids that went to these schools were not just more creative, but they were more kind and respectful. They always stayed out of trouble because they applied themselves through the arts and they felt very accomplished at young ages,” she said.

Recently, Sleazina took the first step in realizing her dream of bringing a well-rounded arts education school to kids across Marshall, opening Marshall Kids Community Theater. It all happened very fast and out of necessity.

“My son expressed a desire to be a part of a play, but it would be pretty time-consuming to drive him to a theater in nearby cities, and most theater programs are oriented towards older kids, so there wasn’t a place for him there,” Sleazina said. “I also knew quite a few kids that I was teaching that are extremely talented and would be fantastic in a local play. So as I was talking about it to another mom of a talented kid, she said: ‘Let’s do it. Let’s go all in!’ And so I went all in.”

“We opened a non-profit organization, bought a license for our first show in February, and had auditions in the end of the same month. Every free minute that I had, I spent planning our first production of The Music Man JR. We had 36 kids audition, and we cast them all for our play,” she said.

Sleazina chose The Music Man JR because it’s a story about music coming to a small town and changing the town’s citizens. She says a line at the end of the play represents how music changes lives.

“‘The way every kid in this town walked around here all summer and looked and acted… And the parents, too.’ I’ve seen the music change the lives of kids and adults, and those who are involved in any type of arts; walk and look and act different, more confident. I believe we need more of it right here in Marshall,”she said.

Everyone involved in the first production is learning the theater process, and they are building a team of volunteers. Some volunteers don’t have children in the play but have theater experience, making them a big part of the team. And her volunteers aren’t afraid to try new things.

“I am extremely blessed with the support of the parents and the community that jumped in it with me. When we work on the scenes with the full cast of 36 kids, it’s not easy, but we have four to five parents volunteer each time to help with keeping the kids engaged and monitor their safety as well. I wouldn’t be able to do it without them.”

“I think for all of us, the best moments are when it all comes together. Some rehearsals are tiring because the learning process isn’t always fun. When we’ve practiced a scene over and over, and after a while, it runs smoothly, it honestly puts tears in my eyes. I am so proud of the kids and of our team of parents and volunteers,” Sleazina said. “It’ll be such a good show. For most of the kids, it will be their very first show, and they are just so happy to be in it. They are becoming friends. There’s so much laughter and smiles. They love being there with each other, and they get more and more comfortable in their roles.”

She would love for the community to get more involved with Marshall Kids Community Theater. They are still seeking volunteers to help with the show. Sleazina says they still need help building sets, painting sets, making props and sewing costumes. Marshall Kid’s Community Theater is also asking for donations from businesses and individuals to cover the play’s expenses and to plan future productions.

Marshall Kids Community Theater’s performances of Meredith Willson’s The Music Man JR will be June 10-11 at 6:30 pm in Memorial City Hall Performance Center. The tickets are $10 each, and they are available online through Marshall Kid’s Community Theatre’s Facebook page or on their website, marshallkidscommunitytheater.com. Tickets will also be available at the door. 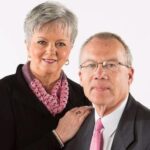 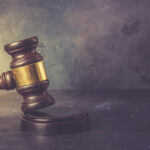 COLLEGE STATION, Texas — There has been a marked increase in grass and brush fires over the past week occurring along highways and within Bryan […]

ETBU students arrive on campus and begin the Fall semester

The 2022-2023 academic year is off to an exciting start at East Texas Baptist University. After a summer spent working, traveling, and serving, students returned […]

Stagecoach Media is proud to announce a children’s concert from 1 pm-2:30 pm on Saturday, September 24, 2022, at the Marshall Public Library. Community Healthcore […]

More than 100 students graduate from TSTC