Have No Fear, because Icelandic talent Axel O and Texas native Sarah Hobbs have delivered a duet you’ll have on repeat all summer long. And then it will play in every football stadium this fall. Look, I have a lot of love and respect for Sarah Hobbs, that’s not a secret, and when she sings, “I’m tired of being good. I just want to scream and shout,” you know the next three minutes will be a good time. And it is.

The single, “Have No Fear,” is a rowdy, down-home party song with a serious rock and roll edge. Written by Axel Omarsson and Amy Barnett, the song was produced by Omarsson and Milo Deering. Axel O and Hobbs provided the vocals. The pair have performed together in the past, and he says she was the first person he thought of when he was looking for a duet partner for “Have No Fear.” Drew Hall provided backing vocals on the track. Deering, a musical genius, played Acoustic Guitar, Banjo and Fiddle on the song. John Carroll played Electric Guitar, Asi Johanns was on drums and Johann Asmundsson played Bass.

This weekend, the two will each perform in Iceland at a festival called the Country Hjarta Hafnarfjarðar, which translates to the Country Heart of Hafnarfjordur. Axel O is scheduled to perform Thursday, while Sarah will take the stage on Saturday, June 11, 2022.

You could call Axel O a hybrid musician. He was born in Iceland, but his roots run deep in the red dirt of Oklahoma and Texas – and music is in his blood.

Growing up in Iceland, he learned how to read music at age 14 and began playing jazz bass with his Dad, who is a professional jazz musician. While jazz was a large part of his upbringing, he was always drawn to Country music as he would listen to on American Forces Radio in the ‘70s.

He moved to Tulsa, Oklahoma, with his mom and stepdad when he was 16 and then made his move to Texas at 19, where he called Houston home. It was in the Lone Star State when he found his groove in Country music. Axel played keyboards and guitar and was the lead singer in bands in Houston. He recorded studio demos, honed his craft and found his voice while also attending Houston Community College where he studied English and Media. He went on to work at  Compaq Computer in Tomball in the late ‘80s. While he moved back to Iceland in his late 20s to raise his own family, Tomball remains his second home where his mother, stepdad, two brothers, and their families still live.

As a Country music artist, Axel has performed in five countries in the last four years and has made over 100 radio appearances and released 26 songs – 23 of those are originals.

Sarah embraces the sounds of old-school, traditional country music. She is an independent artist from North Texas whose songwriting comes from life experiences, both good and bad. When she sings – you know it comes from the heart. Her strong East Texas accent shines through in her songs, so there is no doubt you are listening to real country music. She has been a finalist for Texas Female Artist of the Year for the past three years and won the title in 2019. She scored a top ten hit last year with “Black Bayou,” and her current single “That Way,” is currently at number 14 on the Texas Country Music Charts. She maintains an impressive touring schedule, loves her family and has been known to hunt wild hogs during her down time. 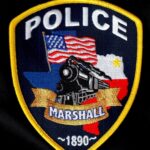 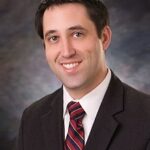 Randy C. Moore to perform Saturday during Market on the Square opening

A morning concert at Telegraph Park will provide a musical element to Market on the Square’s grand opening events. On May 28, 2022, from 10:45 […]