Marshall, TX- Memorial City Hall is happy to announce our 2022-2023 season of performing arts. We have something for everyone this upcoming year from soulful blues, country-western legends, heart-warming comedy, a Christmas spectacular, and some of the most famous rock-n-roll!! Season ticket information can be found at www.memorialcityhall.com or call us 903-934-7992.

On Saturday Sept. 24, Bill Haley Jr. & The Comets will transport audiences back to the very beginning of rock-n-roll with all your favorite hits like…”Rock Around The Clock” – “See Ya Later Alligator” – “Shake, Rattle & Roll” -“Razzle Dazzle” “Rock This Joint” -and many, many more! Proudly sponsored by Texas Bank & Trust, this show will certainly delight the young & old alike.

Dale Watson & his Lonestars come to town on Saturday Oct. 29. Dale has flown the flag for classic honky-tonk for over two decades, a country music maverick, a true outlaw who stands alongside Waylon Jennings, Willie Nelson, and George Strait as one of the finest country singers and songwriters from the Lone Star State. This show is generously sponsored by Mark A Trexler and Master Craft Wood Works.

Jim Davis and Davis Chemical Services proudly sponsors Twitty & Lynn: A Salute to Conway & Loretta on Saturday Jan. 28. There’s never been a more dynamic country music duo than Conway Twitty and Loretta Lynn! Now, the torch has been passed to the next generation…Tayla Lynn and Tre Twitty. It’s a must see show with Tayla and Tre delivering their iconic grandparents super hits!!

Friday Feb. 24, The Jersey Tenors – Direct from Broadway! is the newest Opera/Rock Mash-up sensation that creates an explosive blend of the most iconic opera classics alongside such rock ‘n roll greats as Queen, Journey, Elton John, and Billy Joel to name a few. But we are also “Jersey Proud” and we do not forget where we came from as we highlight some of Jersey’s finest like Frankie Valli and The Four Seasons, Sinatra, Bon Jovi, Bruce Springsteen, Kool and The Gang, and even Whitney Houston!!

You remember him from last year’s “Wonder Bread Years”, on Saturday March 11, Pat Hazell’s “Permanent Record” comes to MCH. Your permanent record holds the secrets that can dramatically impact your future. Seinfeld writer Pat Hazell uncovers his own Permanent Record in a confessional night of humor, heart and humanity. From his early addiction to card tricks (up to three packs a day) to his recent divorce living happily ever after, Pat opens the vault to all his faults to turn a stroll down Memory Lane into a high-speed chase down Memory Highway. If you can’t laugh at yourself, why not laugh at him?

Season tickets are on sale now and the deadline to register for season tickets is August 5th!  The benefits of becoming a season ticket holder are: discount pricing, guaranteed same seats for the shows, and first dibs on getting tickets to the Special Events; as well as, advertising in our show program and invitations to the post-show receptions with the artists! A registration form can found at www.memorialcityhall.com or call us Monday-Friday from 8:00-5:00 at (903) 934-7992.  All shows at Memorial City Hall are presented in association with the 92.3 The Depot, QX-FM, AMI Radio Group, The Marshall News Messenger, and 103.9 KMHT with a special thanks to the Texas Commission on the Arts for their support! 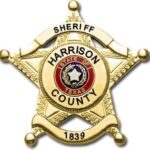 The Animal Protection League is at the Humane Society of Harrison County’s Pet Place, at 1901 Jefferson Ave in Marshall, until 2 pm today. Low-cost preventative pet […]

Wonderland of Lights Volunteer Day is scheduled for August 19, 2022