Catch Sunny weekday mornings from 6:00 am to 12:00 pm ET on SiriusXM channel 59 and on the SXM App; New album Married Alone is due out Sept. 23rd via Thirty Tigers

June 23, 2022 – Nashville, TN – “I do not take lightly the history of country music,” says ACM-nominated recording artist Sunny Sweeney. After all, it was country music that, in Sweeney’s words, “shaped me into the artist I am.” Now, with the help of SiriusXM, Sweeney has been afforded an official platform for proselytizing the wealth of great music the genre has given listeners for all these years. Beginning Monday, June 27, Sweeney will be the host of a brand new morning show on Willie Nelson’s exclusive SiriusXM channel, Willie’s Roadhouse (ch. 59) and on the SXM App, dubbed Sunny Side Up. On weekday mornings, from 6:00 am to 12:00 pm ET, Sweeney will present over four decades of classic country hits from the ‘50s through the ‘80s by artists including the channel’s namesake Willie Nelson, Merle Haggard, Dolly Parton, George Jones, Waylon Jennings, Loretta Lynn, Patsy Cline and many more.

With this new show, Sweeney joins the ranks of legendary Willie’s Roadhouse hosts including Asleep At The Wheel’s larger-than-life frontman, Ray Benson; Ranger Doug from the beloved Western group Riders in the Sky and the Time Jumpers; country music legend, Jeannie Sealy; the “Mayor of Music Row,” Charlie Monk; fellow recording artist Dallas Wayne and Willie’s daughter Paula Nelson. Willie’s Roadhouse is also SiriusXM’s home for the world-famous Grand Ole Opry—on which Sweeney has appeared a whopping fifty-eight times—airing every Tuesday and Saturday night. “I would have never in my wildest dreams thought I would be able to say ‘Willie Nelson is my boss,’’ says Sweeney. “I’m looking so forward to being a small part of everyone’s mornings.” For more information click here.

Sweeney’s announcement comes on the verge of the release of a brand new album, Married Alone, out September 23rd via Thirty Tigers. Produced by Paul Cauthen and The Texas Gentlemen’s Beau Bedford, Married Alone takes listeners on a vibey ride from rowdy juke joints to lonely hotel rooms over the course of twelve tracks. Ranging from sweet acoustic Americana to painful, pedal steel ballads to unrestrained breakup kiss-offs to an emotional duet with country legend Vince Gill, Married Alone captures perfectly the broad spectrum of Sweeney’s talents as a songwriter and a performer. Fans can watch the visualizer for “A Song Can’t Fix Everything” featuring Paul Cauthen from Married Alone now at this link and pre-order or pre-save the album ahead of its release right here. For more information please visit sunnysweeney.com.

For all tour dates and ticket information, please visit sunnysweeney.com/tour.

More About Sunny Sweeney: Sunny Sweeney is a country and Americana artist from Texas, currently based in Nashville, TN. Her latest album is Married Alone, a raw, vulnerable exploration of loss, grief, and healing, recorded in Dallas, TX, and co-produced by fellow country artist Paul Cauthen and The Texas Gentlemen’s Beau Bedford. Sweeney debuted in 2006 with the acclaimed Heartbreaker’s Hall of Fame, which announced her as an important new voice in country and Americana songwriting. 2011’s Concrete produced the top 40 country singles “From a Table Away,” “Staying’s Worse Than Leaving” and “Drink Myself Single,” and led to a Top Female Artist nomination at the 2013 ACM Awards. Sweeney continued to expand upon the traditional-leaning, forward-thinking sound of her earlier work with 2014’s Provoked and 2017’s Trophy, both of which earned Sweeney rave reviews across the country and roots communities.

More About Willie’s Roadhouse On SiriusXM:

Willie’s Roadhouse is Willie Nelson’s exclusive SiriusXM classic country channel featuring songs from the ’60s, ’70s and ’80s by artists such as Willie Nelson, Merle Haggard, George Jones, Patsy Cline, Conway Twitty and more. SiriusXM’s Willie’s Roadhouse is available to subscribers nationwide on SiriusXM radios, the SXM App, and with Amazon Alexa, the Google Assistant or however they stream at home. Streaming access is included with all of SiriusXM’s trials and most popular plans. 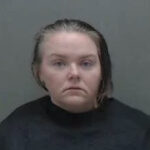 The 40th annual FireAnt Festival Committee is proud to announce a musical addition that will culminate this year’s festival. A concert headlined by well-known Texas […]

AUSTIN – It’s said that everything is bigger in Texas and in the hilarious new PSAs for Don’t mess with Texas, singer, songwriter and actor Joe […]