An escaped inmate out of Cass County is back in handcuffs after Caddo deputies chased and arrested him on LA 169, south of Moringsport this morning, said Caddo Parish Sheriff Steve Prator.

Charles Obin Spraberry, 44, broke out of the Cass County jail at about 7:45 pm Monday, according to Cass County Judge Travis Ransom.

According to the Judge, Sprayberry brandished a homemade knife and assaulted a male jailer, then made his way to the booking area located at the front of the jail. Spraberry forced a female jailer to open the door to the outside and fled on foot. Texas Department of Public Safety (DPS) troopers and Cass County Deputies were dispatched to the jail, where a perimeter was established. Texas Department of Criminal Justice tracking dogs were requested but could not find a solid trail to follow. The search widened, and U.S. Marshals were called to assist. Texas Rangers, U.S. Marshals, Texas DPS, and Cass County Sheriff’s Office, along with all local law enforcement agencies, worked together to locate this individual.

After a short chase, Spraberry and a woman who was in the car with him were arrested at approximately 8:01 am. They will be booked into Caddo Correctional Center.

Sprayberry had been in jail on several felony charges, including sexual assault, assault by strangulation, assault with a deadly weapon, felon in possession of a firearm, and kidnapping. He has been named as a person of interest in connection to two homicides that happened in early March in Cass County. At that time, authorities found two people dead inside a burned trailer. Both had been shot. Sprayberry allegedly stole a car in Texarkana and drove to South Louisiana, where he was arrested on March 25, 2022.

Additional charges, including federal escape charges, are pending as the investigation continues. 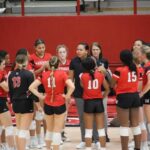 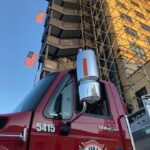 Wiley College employees received a check in the amount of $250 to help offset costs associated with food and gas. The College’s commitment to social […]

UPDATE: Due to rain in the forecast, this project has been postponed. On Thursday, September 1, 2022, I-20 in Gregg County will have a lane […]