August 19, 2022 – Nashville, TN – When Sunny Sweeney’s trusted friend sent her a demo of “Married Alone” in April of 2019, she immediately, deeply connected with the song. “I was coming out of a sticky divorce, and all the feelings were still so raw,” she remembers. “I felt the words, not just heard them.” The weaving, waltzing number is a classic country dagger to the heart made even more lonesome with the addition of guest vocalist Vince Gill. “My initial instinct was to have a male feature, and my mind immediately went to Vince,” says Sweeney. “I then committed to him in my mind and thought if he was unavailable, then I would just do it alone.” The pair of voices singing the chorus—“There may be rings on our fingers, but we’re married alone”—reflect the beautiful misery captured in the song’s message, adding it to the list of all-time-great heartbreak songs. “I am eternally grateful to [Vince] for lending his gorgeous voice to this, as I feel like it pushed it to another level,” she says.

“Married Alone” is the title track from Sweeney’s upcoming album—produced by Paul Cauthen and The Texas Gentlemen’s Beau Bedford, out September 23rd via Thirty Tigers. Fans can listen to “Married Alone feat. Vince Gill” now on at this link or watch the lyric video on Brooklyn Vegan. check out the previously-released singles, “Easy As Hello” and “A Song Can’t Fix Everything,” and pre-order or pre-save Married Alone ahead of its release right here.

In addition to the release of Married Alone, fans can now catch Sunny’s new radio show Sunny Side Up weekday mornings from 6:00 am to 12:00 pm ET on Willie’s Roadhouse (SiriusXM channel 59) and on the SXM App. Her tour resumes in the UK at Millport Country Music Festival. A full list of tour dates can be found below or at sunnysweeney.com/tour.

More About Married Alone: Opener “Tie Me Up” declares that, despite its loose theme, Married Alone is not a somber record, with Sweeney in full spitfire mode and cheekily declaring to a would-be suitor, “You can tie me up, but baby you can’t tie me down.” Cauthen’s and Bedford’s production especially shines on the track, which would sound at home at a roadside juke joint or in front of thousands of fans at a festival.

Cauthen joins Sweeney on the aforementioned “A Song Can’t Fix Everything,” one of the album’s rawer moments. “Want You to Miss Me” is an honest take on the complexities of a difficult breakup, with Sweeney’s nimble vocal wavering between defiance and doubt. “Easy as Hello” is Sweeney’s writing at its finest, channeling the heartache that comes with the end of a treasured relationship for a track that recalls—vocally and lyrically—the work of Stevie Nicks.

“Someday You’ll Call My Name” reads like a break-up kiss-off—and it’s a great one, at that—but the song, pulled from Sweeney’s vault, was originally inspired by her early days as a musician, longing to be recognized by major country institutions like the Grand Ole Opry. She and co-writer Brennen Leigh reworked their 10-year-old version of the track to better fit Married Alone, and that session helped set the tone for what would become the full album.

The full potential of the album really revealed itself, though, when a friend sent Sweeney a demo of what would become its title track, “Married Alone.” Though she wasn’t a co-writer on the track, Sweeney felt her own story reflected in its lyrics. The song, which features a particularly emotional guest vocal from living country legend Vince Gill, charts the painful moments sometimes experienced in marriages that have run their course. “There may be rings on our fingers, but we’re married alone,” she and Gill sing over weeping pedal steel and reverbed guitar.

“My jaw hit the floor when I heard that song because I had just gone through my second divorce, which is also cliche of a country singer,” Sweeney says with a laugh. “I was still pretty raw about my divorce, but also very candid and trying to find levity in the situation. You have to be able to laugh at yourself at some point and not let it just totally get you down.” A few months after securing the song and mining her own vault for a tracklist, Sweeney traveled to Dallas, TX, to record—alongside Cauthen and Bedford—what would become Married Alone.

Want You To Miss Me (Sunny Sweeney/Caitlyn Smith)

For all tour dates and ticket information, please visit sunnysweeney.com/tour. 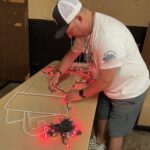 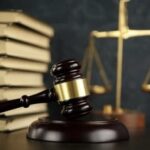 Sarah Hobbs has another Top 10 Texas hit on her hands, with her current single “That Way” reaching number 10 this week on the Texas […]

Panola County under a burn ban

At 4:00 Wednesday afternoon, Panola County authorities implemented a burn ban due to the excessive heat and dry conditions.

CHICKASHA, Okla. – The Wiley College volleyball team ended the Mid-America Christian University and University of Science and Arts of Oklahoma Cruisin’ Classic with a […]