There were 334 total songs submitted in both categories and all entries were original works. Preliminary Round Judges scored each song on creativity, lyrics, melody, arrangement, originality, and overall technique.

According to Texas Country Music Association President, Linda Wilson, the TCMA Songwriter Contest is always a tremendous success and highly effective program for TCMA Members. “All of the songs were just awesome and there are so many great songwriters in Texas who deserve recognition. It is our job as a supporting organization to encourage them and work on their behalf to help get them exposure. It was certainly difficult for judges to choose only 10 in each format and actually took them a little longer this year to narrow the list down.”

The 2022 Country Songwriter of the Year and 2022 Christian Country Songwriter of the Year Overall Winners will be announced prior to the 2022 Texas Country Music Awards and will have the opportunity to perform the song they submitted during the Awards’ pre-show. Five Honorable Mentions, 1st, 2nd, 3rd, and 4th Place Finalists will also be announced prior to the Awards show and will be verbally recognized during the pre-show and will be mailed their trophies.

The 2022 TCMA Country Songwriter Contest Top 10 Finalists are (in no particular order):

Kelly Kenning for “I Hurt Every Word”

Jesse Raub Jr and Cody Johnson for “Touch The Water:

Brody Caster for “Go Down Swinging”

Garth LaGrone for “Fort Worth Soon”

Marti Dodson & Melina Kondrat for “A Lot More Like Jesus”

Dennis Davis for “Be The Light”

Chip Boyd for “Could You Spare A Minute”

Justin Heflin for “Ease Your Mind”

Jesse Watson for “It All Began With You”

Pamela Mary Keifer for “Teaching Us To Live”

Toby Hutchison & Jarett Howard for “You Rescue Me”

“The annual songwriter contest is evidence that songwriters pour their hearts into their music. We know that this year’s Texas Country Music Awards will be over the top again. It may be hard to outdo last year’s Awards because it was amazing, but every year it gets better – plus, we have some great performers, including Roger Creager headlining and McBride & The Ride kicking off the main ceremony. Several other great performers in the line-up as well, including TCMA Spokesperson Brandon Rhyder who also hosts the Awards ceremony with popular radio personality Malone Ranger from 95.9 The Ranch, Kin Faux, Bailey Rae, Donice Morace, Matt Daniel, Kate Watson, and Jesse Raub Jr. Everyone always enjoys the family-reunion type atmosphere as we celebrate the industry and people involved it.” says TCMA Executive Vice President Richard Wilson. 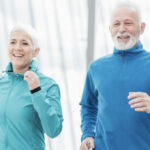 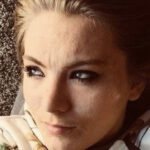 When Jenn Ford sent me her new music video for the song “Built for Comfort,” I commented to my husband it has a genuine Blues […]