Jeffrey Harrison, 44, of Texarkana, a former RRAD vendor, pleaded guilty on May 18, 2021, to bribing Jimmy Scarbrough, a former RRAD official, and was sentenced to 30 months in federal prison today by U.S. District Judge Robert W. Schroeder, III.  Harrison was also ordered to forfeit $300,000.

Devin McEwin, 43, of Avery, a former RRAD official, pleaded guilty on May 27, 2021, to receiving bribes from Harrison and was sentenced to a five-year term of federal probation, including eight months of home confinement.  McEwin was also ordered to forfeit $21,000 and pay a fine of $5,000.

Louis Singleton, 64, of Texarkana, a former RRAD official, pleaded guilty on April 27, 2022, to receiving bribes from Harrison and others and was sentenced to five years of federal probation, including eight months of home confinement, and was ordered to forfeit $18,000.

“The Red River Army Depot is a key component of our nation’s defense infrastructure and is the lifeblood of the surrounding community,” said U.S. Attorney Brit Featherston.  “Scarbrough, Harrison, Bishop, McEwin, Singleton, and others exploited the public trust in order to line their own pockets and undermined the warfighting mission of the Depot in the process.”

“These sentences are a direct reflection of the tenacity and teamwork by MPFU special agents and our law enforcement partners,” said SA Scott Moreland, Special Agent-in-Charge of the Major Procurement Fraud Field Office (MPFFO), U.S. Army CID. “Bribery and other fraud schemes have no place in the government contracting system, and those who attempt it will be caught.”

“Today’s announcement highlights a successful collaboration among partner agencies as we collectively hold these defendants accountable for allegedly creating a fraudulent and deceptive scheme against the government and the people of the United States. We remain committed to the aggressive pursuit of those who selfishly leverage government programs for their own personal gain,” said Dallas FBI Special Agent in Charge Matthew J. DeSarno.

According to information presented in court, Scarbrough was the Equipment Mechanic Supervisor at the RRAD in Texarkana, Texas, a position he held from November 2001 until May 2019. Scarbrough directed more than $7 million in purchases from RRAD to Harrison and Bishop through the government purchase card (GPC) program.  To manipulate the GPC program, which is designed to ensure a competitive bidding process, Scarbrough told the vendors what to bid on, including the item, the quantity, and the price.  By collecting fake bids from multiple vendors, Scarbrough was able to direct RRAD purchases to his select vendors, in this case, Harrison and Bishop, while maintaining the appearance of a competitive bidding process.  Scarbrough also defrauded the United States by falsely certifying that he had received the purchased items, therefore causing the RRAD to pay his select vendors.  However, the reality was that Scarborough instructed the vendors not to deliver certain RRAD-purchased items.

Scarbrough demanded hundreds of thousands of dollars in bribes from his selected vendors. Scarbrough accepted bribes in various forms, including receiving at least $116,000.00 in U.S. Postal Service money orders from Harrison.  Scarbrough also had Harrison and Bishop purchase at least $135,000.00 in car parts or services for his hot rod collection, which included a red and black 1936 Ford Tudor, an electric green 1932 Ford Coupe, a cherry red 1951 Ford F-1 truck, and more. Scarbrough received more than $27,000.00 worth of firearms from Bishop, including rare Colt handguns and Wurfflein dueling pistols.  Finally, Scarbrough directed at least $32,000.00 in donations to the Hooks Volunteer Fire Department while he was the Capitan of Operations.  In total, Scarbrough received more than $300,000.00 in bribe payments from Harrison and Bishop.

Scarbrough is not the only official at RRAD who accepted bribes.  Devin McEwin accepted more than $21,000.00 in bribes from Harrison, including hunting trips, donations directed to the Annona Volunteer Fire Department, and the refurbishment of his 1964 Ford truck.  Additionally, Louis Singleton accepted more than $18,000 in bribes from Harrison and others, including tickets to the Hall of Fame section of AT&T Stadium for the Dallas Cowboys football game against the New England Patriots.  Singleton was the supervisor of the GPC program at the RRAD and was responsible for approving purchases requested by Scarbrough.

Jimmy Scarbrough, 69, of Hooks, pleaded guilty on August 22, 2022, to conspiring with Harrison, Bishop, and others to defraud the United States, commit theft of government property, and commit bribery.  At that time, Scarbrough agreed to forfeit his 1951 Ford F-1 pickup truck and an amount of money to be determined by the court.  Scarbrough faces up to 5 years in federal prison and is awaiting sentencing. 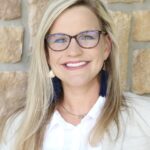 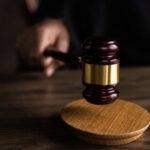 State Highway 149 in Panola County to be widened

ATLANTA – A portion of State Highway 149 in Panola County is scheduled to be widened soon, according to plans approved in September by the Texas […]