On September 20th, 2022, at approximately 7:00 pm, the Harrison County Sheriff’s Office was notified of an “industrial accident” at an oil well site near Liberty and Baker Roads. The accident resulted in a fatality.

According to authorities, the accident occurred around 3:30 pm. The victim was transported to Good Shepherd Medical Center in Longview and was later pronounced deceased.

Following the sheriff’s investigator’s interviews, examining the body, and reviewing the evidence, the death has been ruled accidental.

HCSO has contacted the Occupational Safety and Health Administration (OSHA), who will proceed with an administrative investigation, which is standard with these types of accidents.

“Our thoughts and prayers go out to this family after suffering the loss of their loved one,” said Sheriff B.J. Fletcher.

At the employer’s request, the Harrison County Sheriff’s Office is not releasing the deceased’s name. 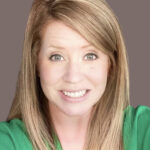 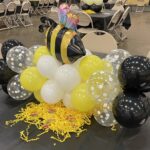 The Texas Department of Transportation announced Katie Martin, P.E. has been appointed as the new Transportation Planning & Development Director for the Atlanta District. In […]

On Wednesday, Harrison County Sheriff’s Office Patrol deputies were dispatched to Baker Bridge Road regarding a burglary of a building. While the deputies were en […]