The Marshall Symphony Orchestra will open its 71st season with Romantic Interludes, a performance at Baker Auditorium at East Texas Baptist University on Saturday evening, September 17, 2022, at 7 pm.  The concert will feature Rachmaninoff’s 2nd Piano Concerto, which has long been an audience favorite because of its beautiful Romantic melodies.   The orchestra will also perform Dvorak’s 6th Symphony and Franz von Suppe’s popular Light Cavalry Overture, a piece that most listeners will recognize from the Looney Tunes cartoons of their childhood.  The concert will be conducted by the MSO’s internationally renowned music director, Kermit Poling.

Performing the Rachmaninoff will be virtuoso pianist Zheyu (Crystal)  Jiang, who recently won the Gold Medal prize in the 70th Nina Wideman International Piano Competition.  A graduate from the Oberlin Conservatory, Crystal has performed at the Musikverein in Vienna, the Abbey Bach Festival in Oregon, the Myra Hess Memorial Concert Series in Chicago and in a series of concerts in Berlin and Tel Aviv.  She will record her debut album for Naxos in the fall of 2022.  She is currently pursuing a performance Diploma under Yonghi Moon at the Peabody Conservatory.

Kermit Poling is a Centaur recording artist, and his recording with the London Symphony Orchestra in 2017 won worldwide acclaim and a Global Music Award.  Poling has been featured with orchestras such as the Orchestra Filarmonia Veneta in Italy, the Symphony Orchestra of the State of Mexico, the Moscow Ballet and most recently has made repeat appearances with Orchestra Indiana and the Monroe Symphony.

Tickets are $30 in advance or $35 at the door. Students under 12 can attend free of charge, and other student tickets are only $10.  Tickets and Information about this concert, as well as other performances by the Marshall Symphony Orchestra, are available at www.marshallsymphony.com. 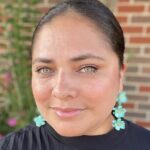 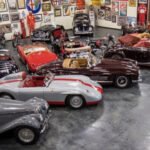 Marshall, TX- Memorial City Hall is happy to announce our 2022-2023 season of performing arts. We have something for everyone this upcoming year from soulful […]

Wonderland of Lights volunteer day is scheduled for Friday

Another Wonderland of Lights Volunteer Day is planned for Friday morning from 8:30 am-noon at the Marshall Convention Center. Last month, numerous volunteers and City […]

The monthly meeting of the Marshall Beekeeper’s Association is Thursday at 5:30 pm at Cumberland Presbyterian Church in Marshall. The topic for this month is hive removals […]