The match is free to Wiley College students, faculty and staff. Everyone else can be admitted for five dollars. Fans must wear their mask and social distance. Live statistics and video will also be available.

The Lady Wildcats (2-6) are coming off winning one of three matches at Lyon College’s Highlander Invitational. They let a 2-1 lead slip away against Lyon, bounced back and defeated Haskell University of Indian Nations in five sets and fell in four to Huston-Tillotson University. Marissa Neal had 44 kills and four blocks during the tournament. Alia Scott recorded 78 digs. Madison Brown had five blocks. LeAndria Jackson had 59 assists, 22 digs and eight service aces. Maya Damijo had 58 assists, 25 digs and four kills.

Entering Tuesday’s match, Neal is leading the Gulf Coast Athletic Conference with 94 kills and is fourth with 2.85 kills per set. Scott leads the conference with 168 digs and 5.09 digs per set. Hailie Williams is second in kills (78), third in hitting percentage (.234) and fifth in kills per set (2.36). Shayla Arthur is fourth in the GCAC with 0.64 blocks per set.

Sydney Charlton leads the Rams with 67 kills. Lauren Crismore follows with 60. Ruby O’Brien and Catherine Wise both see time at setter. O’Brien has 144 assists and Wise has 98. Andrea Malek leads the team with 151 digs. Malia Linton leads in blocks with 19. 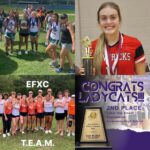 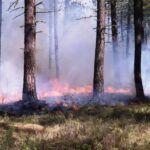 Next Article Grants available to Texas landowners for prescribed burning

ETBU Tiger Volleyball starts the season with a win

From the ETBU Sports Information Office HOUSTON, Texas – Opening up the 2022 season in a four-set victory, the East Texas Baptist University volleyball team […]

From Wiley College: Playing in front of their home fans for the first time in nearly three years, the Wiley College volleyball team rallied to […]